Community Counselling : We liked this article below taken from the Guardian newspaper talking about attachment and our powerful relationship with our mother’s and just HOW very powerful it really is! 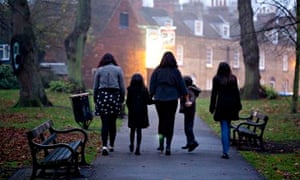 “Philip Larkin may have found the words: “They fuck you up, your mum and dad.” But his nearish contemporary John Bowlby explained how and why. So what better subject than Bowlby for Mother’s Day weekend? Mothers – or significant carers – can get it wrong in at least two very different ways: they can either be too emotionally absent or too emotionally present. Those mothers who give the impression of not caring or who deprive their children of love and affection tend to create children who grow up into clingy, emotionally needy adults. In contrast, those who emotionally over-rely upon their child, wanting the child to be the adult to their own messy and complex needs, or those who create an overly intense home environment, can create children who grow up into emotionally avoidant adults. This is how problems with what Bowlby called “attachment” come to be transmitted down the generations; how, in Larkin’s narrowly gendered words, “Man hands on misery to man”.

In a series of experiments in the 1970s, Bowlby’s collaborator, Mary Ainsworth, sought to quantify the proportions of those who have problems with attachment. She created an environment called the “strange situation”, where a child is abandoned by his or her mother for various periods. Of those children who took part, 60% – those whose parenting was generally secure – were distressed for a while, but soon comforted. Some 20% of children were extremely distressed, not easily soothed and often exhibited conflicted reactions to the parent’s return, like wanting to hug them and punish them at the same time. And 20% weren’t much bothered by the separation and continued playing with their toys when the parent returned.

It wasn’t until the 1980s that the same logic was applied to adult relationships. Cindy Hazan and Phillip Shaver’s so-called Love Quiz found that 20% are overly anxious that their partner is having an affair or doesn’t really love them; another 20% feel drained by partners wanting to get too close; and 60% seem OK, happily depending on partners and allowing partners to be dependent on them. In other words, the percentages were very similar to Ainsworth’s study.

So maybe only 40% of us are Larkin-style fucked up. Still, there’s a great deal of fucked-upness that can be generated by these 40%. Imagine a relationship between those who have “anxious” and “avoidant” attachment styles. This is not uncommon, as both partners tend to confirm the other’s pre-concieved perception of reality. The pseudo-independence of the emotional runaway confirms the anxious person in their anxiety that others are always about to check out. The gushing neediness of the anxious style triggers the avoidant’s fear that others want to overwhelm them and drain their autonomy – thus they feel smothered and so emotionally withdraw into what Bowlby calls “compulsive self-reliance”, often centred on an over-commitment to work. So the dance of anxiety and avoidance deepens until the relationship gets mired in resentment and goes pop.

So what about good-enough mothers. They care and listen and are emotionally present to their child. But also, they don’t make it the child’s business to deal with all their own complicated adult baggage. They let the child be a child. Those who successfully manage this demanding job description provide their children with the basis for a secure and happy future. But when they get it slightly wrong, they don’t get overwhelmed with blame. They too have their own past. Remember Larkin’s second verse: “But they were fucked up in their turn.”” 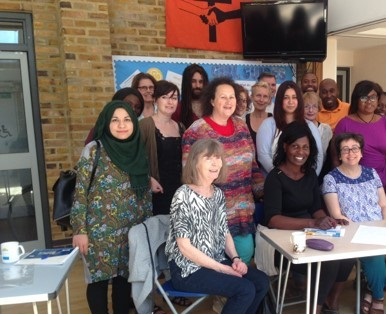